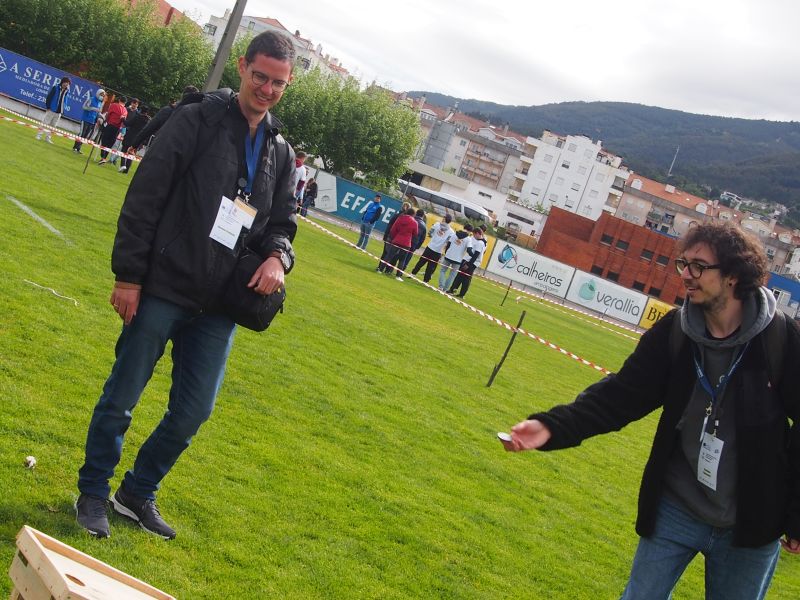 In the previous post here I mentioned the Festival of Traditional games in the Portuguese town of Lousa. This amazing event takes place here regularly. This year, the weather was good, and around 1200 participants came to this mountain town.

In the 17th edition of Jogos da Freguesia Lousa e Vilarinho (official name of the event) took part, among others:

There were many interesting traditional games waiting for everyone. There were games not only from Portugal, but also from other countries. Some of them are known all over the world.

One of the throwing games, known and quite popular in Portugal, is Jogo do Burro, literally meaning a Donkey Game 🙂 It consists in throwing flat, metal circles (rings) into holes in a wooden platform. There are different variations of this game. It is generally about trying to throw into the holes that are scored differently, according to the modality of this game. You have to score as many points as possible. In some variations, the wooden platform, that is the aim of the throws, shows the image of a donkey. If you hit it, you lose all your points and you have to start all it over.

A similar to Jogo do Burro was a throwing game, which consists in trying to knock down a wooden pin, standing on a tree trunk, by throwing a small, metal, hollow ring at this pin.

This is a traditional game, known in France, but also in other countries.

You have to designate a limited playing field, the size of which depends on the number of players. There are no teams here – everyone competes individually.

One player starts the game by trying to hit one of the other participants with the ball. However, he or she cannot move with the ball in his hand – he/she throws from the place where he/she started the game. If any player is hit, he or she must sit on the ground. He/she continues the game in a sitting position, trying to intercept the ball that is being thrown at other players. If he/she succeeds, he/she can stand up and continue the game while standing.

You can catch the ball that is being thrown at you – if you catch it and it doesn’t fall to the ground, you don’t have to sit down, but you continue the game, throwing the caught ball at other participants.

If the ball falls to the ground without hitting anyone, each player can pick it up and continue the game.

The game ends, where there is only one person standing – the winner!

Tip: Use a soft ball for this game, e.g. made of rubber, foam or sponge.

A game known in many parts of the world, consisting in trying to move on wooden slats, resembling skis. Several people line up on the one ski, standing one behind the other, putting their feet in stabilizing straps, somewhat similar to ski bindings. The first person in a row grabs the strings, attached to the ski.

At the starting signal, the team tries to get to the finish line together, which is quite difficult – there is a need for appropriate cooperation between the participants. They sometimes fall down.

Thanks to a bit of competition and funny situations that occur when trying to move together on the ski, this fun gives its participants a lot of joy 🙂

It is another game, known in many countries under different names. In Poland, we call it, among others, Trzeciak.

Participants line up in a circle, in pairs, one after the other in each pair, as in the photo below. We choose one chaser and one runaway. At the starting signal, the chasing person chases the escaping person.

The latter runs around the rest of the participants. He/she can make him or herself safe, by standing behind or in front of one of the pairs. Then the participant of the pair who is in this moment farther from that person must start running as now he is the runaway! He/she can make him/herself safe again by standing behind or in front of any pair. Then the person farther from this person has to run away again.

If the chaser catches the runaway, we choose a new pair to chase and we can continue the game.

A throwing game, similar to French Les Boules. The essence of the game is to throw or roll a ball in such a way to place it as close as possible to the so-called jack or pig (French le cochonnet), which is thrown out at the beginning of the game.

This game has many variations in various countries. The winner is the person with the most points scored by placing his or her ball closer to the jack than the opponent or opponents’ balls.

A game similar to Jogo da petanca or Les Boules is Boccia. I was describing this game, among others, here. Boccia works very well as a sport for people with various degrees and types of disabilities. This is an interesting, tactical game that is good for everyone.

The significance of this Festival

As I already mentioned here, the 2022 Jogos de Freguesia Festival was one of the important multiplier sport events of the Opportunity Project.

About 1200 participants took part in it – children, adolescents, adults, girls and boys, people with disabilities, able-bodied, and a large group of the elderly.

They were all playing traditional games TOGETHER.

Traditional games turned out to be a very important and practical tool, for among others: 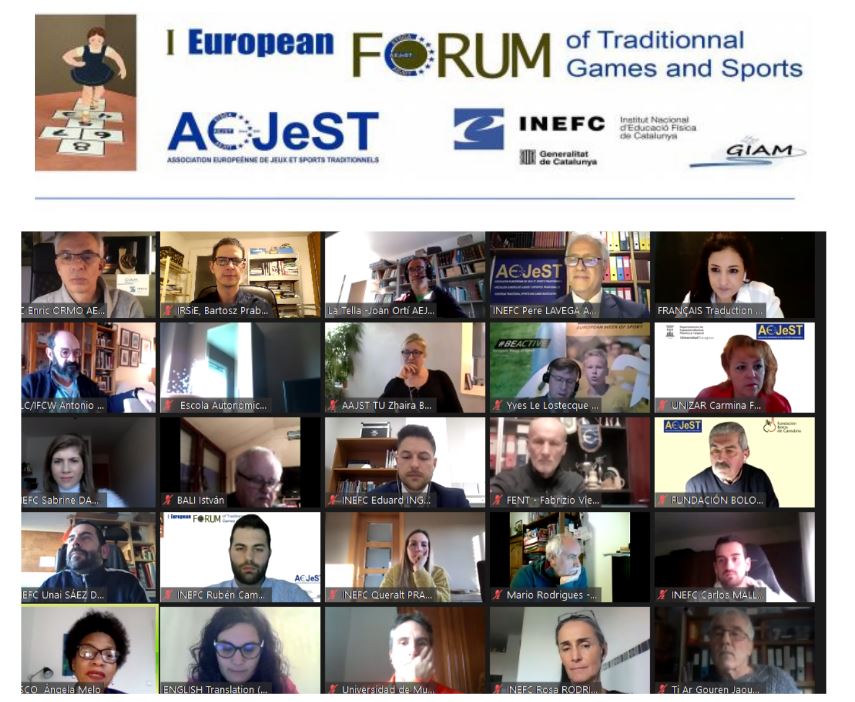