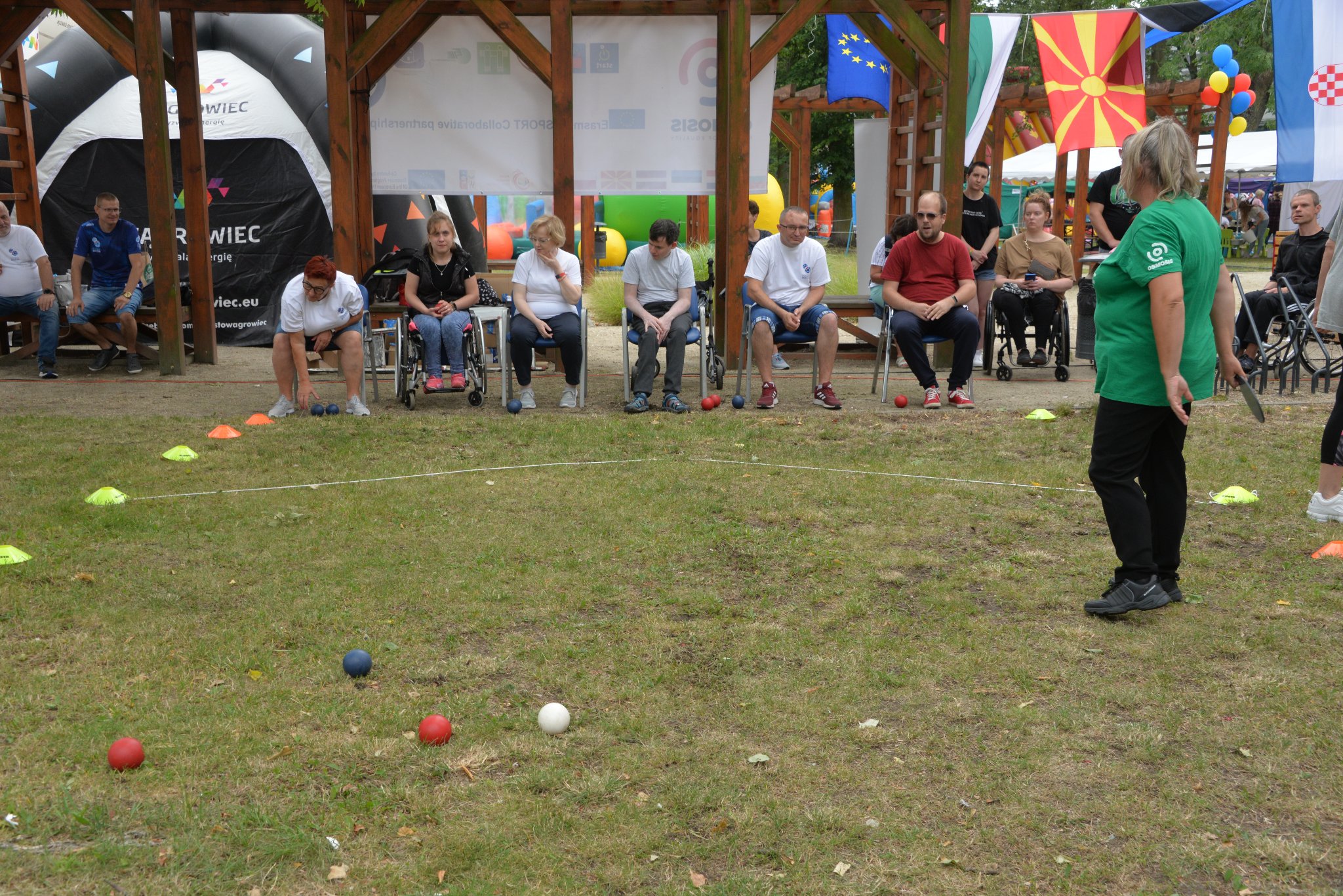 On 23th of July, the Wągrowiec Days 2022 took place. Wągrowiec is a nice town, situated at the Durowskie Lake in Great Poland Region.

During this local event, we have completed the international, Erasmus+ Sport Project OSMOSIS.

Its leader is Sport and Rehabilitation Association START, with which I cooperate as an International Projects Specialist.

Traditional games such as boccia, kubb and Finnish skittles, were also an important part of this event.

When it comes to boccia – the fastest-growing Paralympic sport – an integration tournament was played in this game. Both able-bodied people, as well as people with disabilities took part in it.

Our Guests – OSMOSIS Project Partners – also participated in this game. They were not only playing, but were also the referees.

Boccia is a great game for everyone – it works well as a recreational and competitive sport for people with various physical and intellectual disabilities (as bocce).

More about Boccia you can read HERE

Kubb was especially popular. It was played by both able-bodied people, including volunteers and employees of START Association and the inhabitants of Wągrowiec, as well as by people with disabilities.

The Partners of the OSMOSIS Project were also playing Kubb.

More about Kubb you can read HERE.

Finnish skittles, as a game with slightly more complex rules, enjoyed less interest this time. However, the OSMOSIS Project Partners from Macedonia and Bulgaria were also trying to play this interesting game.

Traditional games are great for local events, such as the Days of Wągrowiec.

It is a great way to spend free time together in an active, healthy, interesting and cheerful way.