The pandemic has “stopped” the world for a while. Many sports, cultural and other events have been canceled. Now, we are slowly returning to such events.

In the upcoming weeks (18-20.09), there will be organized a special event, dedicated, among others, to traditional sports – TOCATI.

It is a good opportunity to describe this event I personally participated in 2017.

These games have always accompanied human beings in their everyday life. They have usually evoked extreme emotions and feelings – sometimes they have been even adored, the other times condemned and forbidden.

Today, they are standing at the crossroads.

On the one hand, many of them are threatened with extinction, like endangered species of animals or plants.

On the other hand, however, their timeless charm and positive values are increasingly appreciated again all over the world.

In some parts of our planet, they have never been completely forgotten. In the others, they are now coming back to life in different forms.

One of the most typical places where we can see them again are events, such holidays, fairs, fiestas, competitions, shows and festivals.

It is during such events – by their nature funny, joyful, integrative and attractive to numerous, local communities – the values and advantages of traditional sports and games are particularly noticeable and can reach their full potential!

One of the most interesting events of this type is the International Festival of Street Games – TOCATI in Verona, Italy. In 2017, I took part in its 15th edition.

I was invited there as a guest of the President of the International Traditional Sports and Games Association (ITSGA) – Guy Jaouen.

Before I describe the festival itself, a few words about Verona.

It is a wonderful, majestic town with captivating, ancient and medieval architecture. I saw the ancient Arena, I was standing under the most famous balcony in the world, from which Juliet was looking for her beloved Romeo in the famous W. Shakespeare’s drama.

Walking around this extraordinary town, I quickly noticed that you do not need to look for monuments here, have a sightseeing plan, going “from attraction to attraction”.

Verona as a whole is just one great monument. And it is top class.

Walking along the Adige river, wandering along the narrow streets in a typical Italian style, admiring the old architecture with houses almost overlapping each other, watching beautiful paintings on the main square of the city – Piazza delle Erbe andcolourful shutters – all this delights, overwhelms and inspires.

Exactly – it inspires, like what I saw in this town, during the 15th TOCATI Festival.

At the festival of sport and culture

Since 2003, Verona has held a special event – a great celebration of culture and traditional sports, not only Italian, but also from the other regions of Europe and the world.

As a result, Verona, and especially its centre, was teeming with life.

Multicultural crowds of visitors formed a colourful procession, moving around the town in search for consecutive attractions. Everyone could find something interesting there.

This Festival started with an impressive, opening ceremony, during which you could see and listen to traditional bands and music groups from Catalonia, Greece, Serbia and other European countries and regions.

You could also admire a beautiful photo exhibition by Roberta Lotto, dedicated to the different styles of European and non-European wrestling, organized in a historic church in the centre of Verona.

Traditional wrestling – a sport and cultural attraction of TOCATI

After the opening ceremony, the festival was in full “bloom”. Among many attractions, I was, of course, most interested in the sports ones.

The first one was a variety of traditional wrestling styles from many places in Europe (and not only), which could be seen in the beautiful Piazza delle Erbe in the centre of Verona.

Wrestling is one of the most popular, traditional sports on the Old Continent, known in all its main parts.

Many groups of wrestlers presented themselves on a specially prepared mats, placed in the middle of the main, town-square.

This show was started by the athletes from Romania with their wrestling style, called Kures. Competitors grasped their waists, trying to roll their opponents onto their backs.

In the past, the winner of such struggles received… a sheep as a reward 🙂 Interestingly, this tradition is still continued today.

The competitions are held during the Patron Saints of some towns or at the local fairs. Kures remains an essential element of Romanian culture.

The second one was the wrestlers from Spain with their style – La Lucha Leonesa – a folk martial art from the Spanish region of Castilla y Leon.

The wrestlers competed standing up, holding their leather belts and trying to knock their rivals over.

In summer, Lucha Leonesa competitions are held at the festivals in honour of the Patrons of towns, and the fights are held on the grass. In winter, wrestlers compete in sports halls on special mats.

About 500 of them – men and women – are members of Lucha Leonesa Federation. This traditional wrestling style is event taught at the Spanish universities.

Italians – the hosts of the TOCATI Festival – were also present at Piazza delle Erbe, showing their ancient, wrestling style – S’istrumpa.

The contestants started the fight in a standing position, grasping the opponent and weaving their wrists on his back. They were trying to knock their opponents over to the mat.

Demonstrations and shows are interesting, but the possibility of taking an active part in a given sport or a game is always very important and attractive! It was possible during the TOCATI festival.

Everyone could have a try in above-described wrestling styles. Many viewers were interested in this opportunity, especially children.

Wrestlers were ‘fighting’ with them by:

Children were truly delighted. After the shows, they took over the wrestling mats, trying the newly learned martial arts among themselves.

The wrestlers from Congo –  a unique attraction of TOCATI festival

During this event, mainly the delegations from Europe were presenting their traditional wrestling styles. With only one exception – but very attractive!

The martial art, called Kabubu, was shown in a very attractive way by the wrestlers from the Democratic Republic of Congo.

Their fighting style differs from the previous ones mainly in that the competitors start their fights in a kneeling position. Only on the referee’s signal do they get up and fight “standing up”. The winner is the one who knocks the opponent to the ground, no matter what part of his body.

Wrestlers fight in distinctive uniforms, and the competition often takes place at the tribal festivals. They are accompanied by traditional African music, played by original folklore groups, consisting of, inter alia:

Such a group creates a joyful atmosphere, emphasizing the mystical and magical aspect of Kabubu.

In Verona, the Congolese delegation was a real sensation. The presentation of their traditional wrestling to the sounds of peculiar music attracted crowds of viewers. And what is even more important, the Congolese invited everyone to have fun together – to their sports and dancing – which has become one of the most interesting attractions of the entire festival!

Wrestling not only at the main square of Verona

Wrestling delegations presented their martial arts not only on the mats at Piazza delle Erbe.

Popular in French Brittany already in the Middle Ages, to this day Gouren is an important element of culture and collective identity of the Bretons.

This sport is practiced by numerous wrestlers – men, women and children – associated in several dozen clubs.

The primary goal of a Gouren wrestler is to skilfully knock his/her opponent over so that his/her two shoulder blades touch the ground at the same time. This is called un Lamm and it causes an immediate victory for the knocking contestant.

Special Gouren tournaments are organized in Brittany. They are preceded by a solemn oath of loyalty.

I personally witnessed it two years ago in Brittany. The competitors were standing in two rows, facing each other, with their right hands raised. They were telling the words of the oath, first in Breton language and then in French.

It was a ceremonial declaration of a loyal, brutal-free fight for the honour of the contestant and his/her country.

The competitor, by shaking the hand of the opponent, was offering his fight in order to continue the practice of the ancestors.

There was no delegation of Gouren wrestlers in Verona in 2017. However, the presentation was made personally (with the help of an Italian player) by Guy Jaouen – a distinguished, independent researcher on traditional sports,  the President of the International Traditional Sports and Games Association (ITSGA), the former President of the European Traditional Sports and Games Association (ETSGA).

During the TOCATI traditional sports Festival, you could get acquainted and have a try not only wrestling styles, but also many other games. 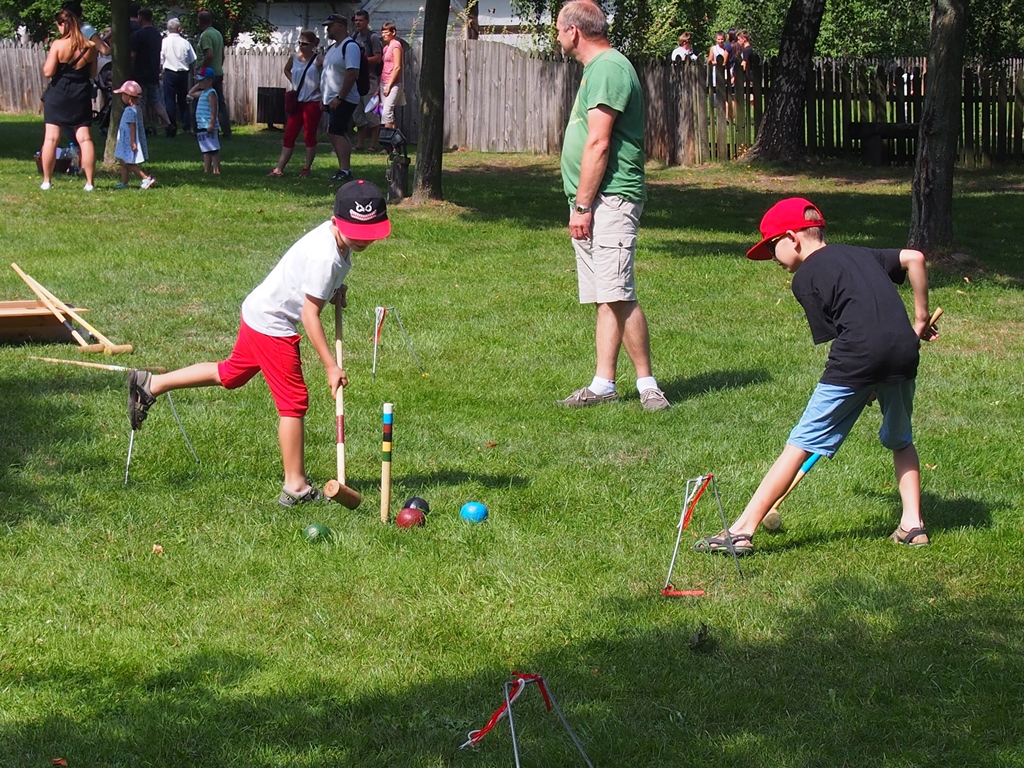